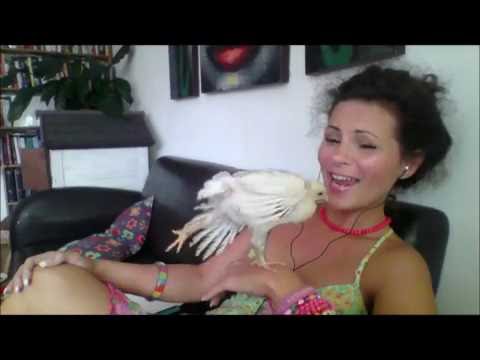 He was a tiny, fluffy baby chicken not more than a day old, almost trampled to death by a goat, picked on by all the chicken and abandoned by his mother. It escaped through the fence and my kids found him. We took care of the very tiny but lively bird, gave him some water and a nice worm and decided to put him back with the chickens and the goat one hour later. That was a mistake. While I was inside the animal area and my children stayed on the other side of the fence, I put the yellow baby gently back with the chickens. 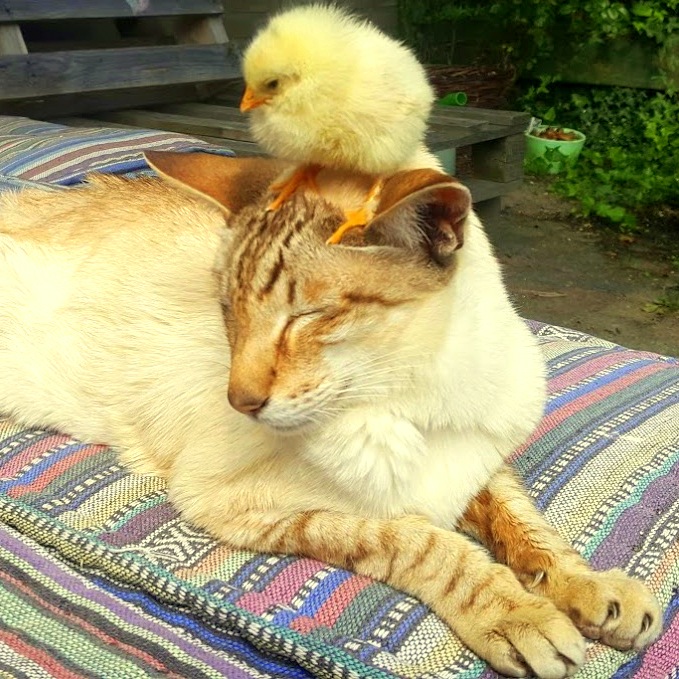 And they went berserk on the poor little thing. So before I could do one thing, the baby chicken ran like crazy towards the fence and jumped RIGHT through the fence in the open hands of my oldest son. We guessed the tiny 22 gram bird knew exactly where he wanted to be and where he was going to be safe!

We took him home and he has been thriving, eating, drinking, pooping and growing ever since. Since we also have kittens who are just one week older that him, it’s one crazy baby zoo at our place right now. We called the chicken ‘Peep Nugget’ and the little one already thinks he is a cat. 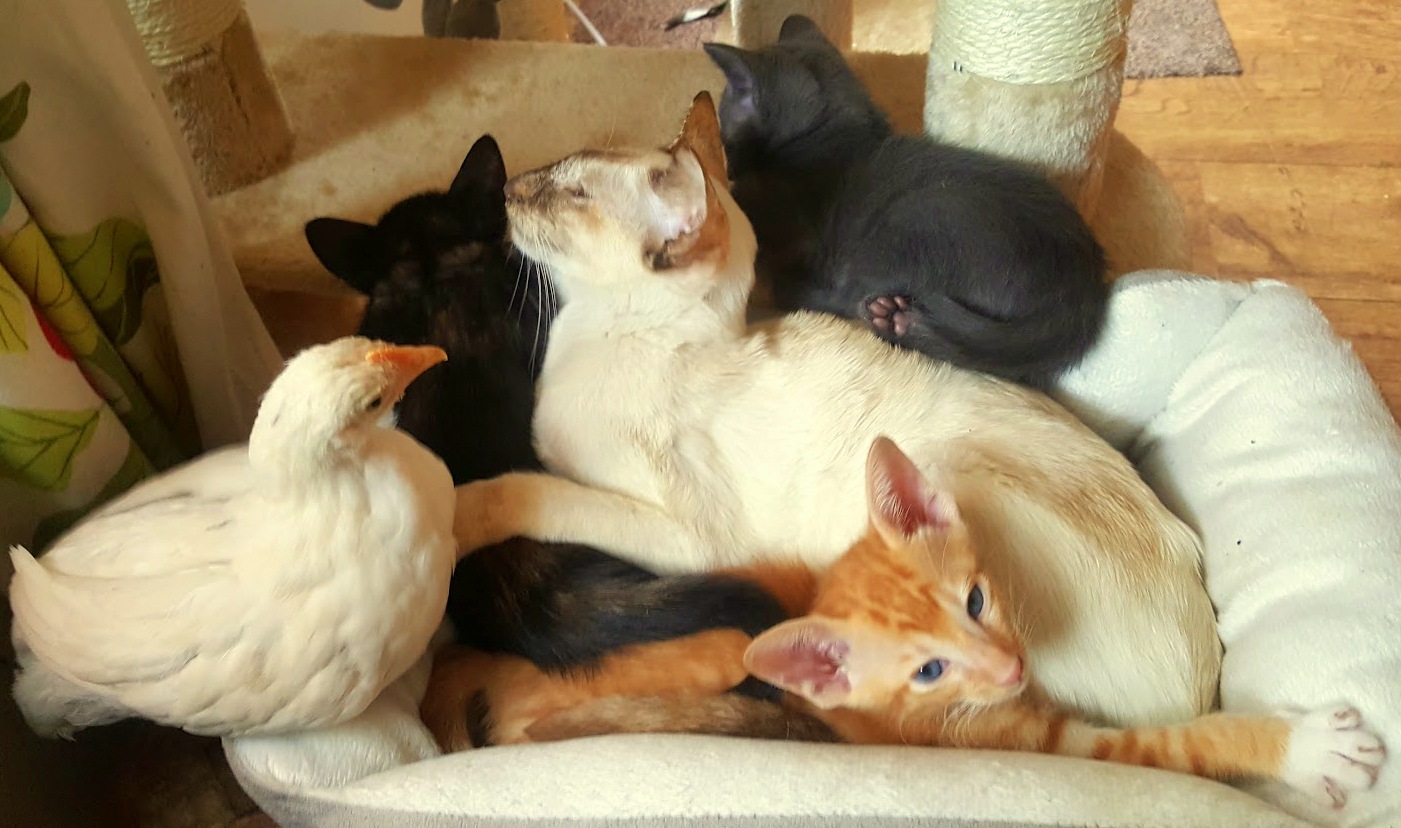 He eats cat food, plays like a cat, jumps and runs around the house with the other kittens, plays with cat toys and sleeps with the kittens and mother cat. It simply is adorable. In this video he shows some of his tricks 🙂